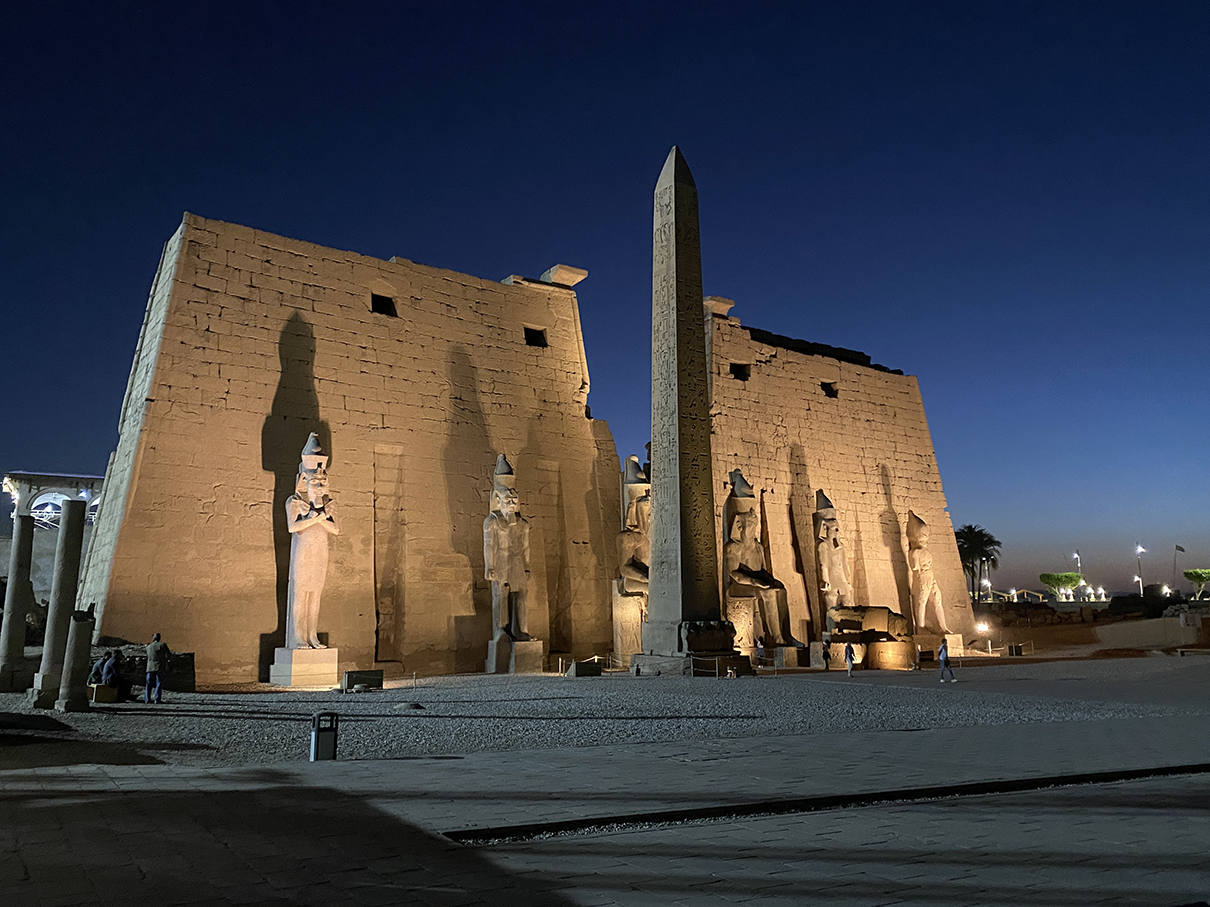 The Ancient Egyptian religion was a complex system of polytheistic beliefs and rituals that formed an integral part of ancient Egyptian culture. It centered on the Egyptians' interactions with many deities believed to be present in, and in control of the world. Rituals such as prayer and offerings were provided to the gods to gain their favor.

Individuals could interact with the gods for their own purposes, appealing for help through prayer or compelling the gods to act through magic. These practices were distinct from, but closely linked with, the formal rituals and institutions.

The religion had its roots in Egypt's prehistory and lasted for 3,500 years. The details of religious belief changed over time as the importance of particular gods rose and declined, and their intricate relationships shifted. At various times, certain gods became preeminent over the others, including the sun god Ra, the creator god Amun, and the mother goddess Isis. For a brief period, in the theology promulgated by the pharaoh Akhenaten, a single god, the Aten, replaced the traditional pantheon. Ancient Egyptian religion and mythology left behind many writings and monuments, along with significant influences on ancient and modern cultures.

The most important part of the Egyptian view of the cosmos was the conception of time, which was greatly concerned with the maintenance of Ma'at. Throughout the linear passage of time, a cyclical pattern recurred, in which Ma'at was renewed by periodic events which echoed the original creation. Among these events were the annual Nile flood and the succession from one king to another, but the most important was the daily journey of the sun god Ra.

The most important of all Egyptian myths was the Osiris myth. It tells of the divine ruler Osiris, who was murdered by his jealous brother Set, a god often associated with chaos. Osiris's sister and wife Isis resurrected him so that he could conceive an heir, Horus. Osiris then entered the underworld and became the ruler of the dead. Once grown, Horus fought and defeated Set to become king himself. Set's association with chaos, and the identification of Osiris and Horus as the rightful rulers, provided a rationale for pharaonic succession and portrayed the pharaohs as the upholders of order. At the same time, Osiris's death and rebirth were related to the Egyptian agricultural cycle, in which crops grew in the wake of the Nile inundation, and provided a template for the resurrection of human souls after death.

Another important mythic motif was the journey of Ra through the Duat each night. In the course of this journey, Ra met with Osiris, Sah, and Sopdet, who again acted as agents of regeneration, so that his life was renewed. He also fought each night with Apep, a serpentine god representing chaos, with assistance from his "crew," the stars of the Egyptian decans. The defeat of Apep and the meeting with Osiris ensured the rising of the sun the next morning, an event that represented rebirth and the victory of order over chaos.

The procedures for religious rituals were frequently written on papyri, which were used as instructions for those performing the ritual. These ritual texts were kept mainly in the temple libraries. Temples themselves are also inscribed with such texts, often accompanied by illustrations. Unlike the ritual papyri, these inscriptions were not intended as instructions, but were meant to symbolically perpetuate the rituals even if, in reality, people ceased to perform them. Magical texts likewise describe rituals, although these rituals were part of the spells used for specific goals in everyday life. Despite their mundane purpose, many of these texts also originated in temple libraries and later became disseminated among the general populace.

The Egyptians believed that the phenomena of nature were divine forces in and of themselves. These deified forces included the elements, animal characteristics, or abstract forces. The Egyptians believed in a pantheon of gods, which were involved in all aspects of nature and human society. Their religious practices were efforts to sustain and placate these phenomena and turn them to human advantage. This polytheistic system was very complex, as some deities were believed to exist in many different manifestations, and some had multiple mythological roles. Conversely, many natural forces, such as the sun, were associated with multiple deities.

The stars were revered as their own pantheon of 36 decans.