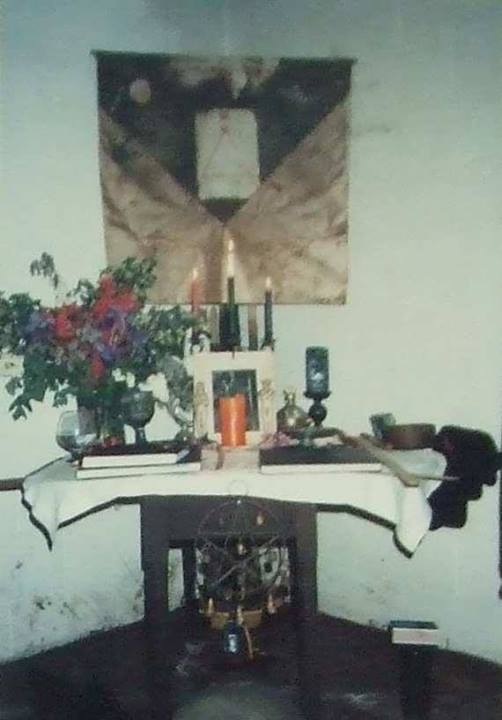 Wicca is a modern Pagan religion. Scholars of religion categorise it as both a new religious movement and as part of the occult stream of Western esotericism. It was developed in England during the first half of the 20th century and was introduced to the public in 1954 by Gerald Gardner, a retired British civil servant. Wicca draws upon a diverse set of ancient pagan and 20th-century hermetic motifs for its theological structure and ritual practices.

The first recorded use of the word "Wicca" appears in 1962.

When the religion first came to public attention, it was commonly called "Witchcraft". For instance, Gerald Gardner—the man regarded as the "Father of Wicca"—referred to it as the "Craft of the Wise", "witchcraft", and "the witch-cult" during the 1950s. There is no evidence that he ever called it "Wicca", although he did refer to the collective community of Pagan Witches as "the Wica" (with one c). As a name for the religion, "Wicca" developed in Britain during the 1960s. It is not known who precisely invented the term "Wicca" in reference to the religion, although one possibility is that it might have been Gardner's rival Charles Cardell, who was referring to it as the "Craft of the Wiccens" by 1958.

Alongside "Wicca", two other names often used for the religion by its practitioners are "Witchcraft" and "the Craft." Using the word "Witchcraft" in this context can result in confusion both with other, non-religious forms of witchcraft as well as other religions—such as Satanism and Luciferianism—whose practitioners also sometimes describe themselves as "Witches".

Wicca has no central authority figure. Its traditional core beliefs, principles, and practices were originally outlined in the 1940s and 1950s by Gardner and an early High Priestess, Doreen Valiente. The early practices were disseminated through published books and in secret written and oral teachings passed along to their initiates. There are many variations on the core structure, and the religion grows and evolves over time. It is divided into a number of diverse lineages, sects and denominations, referred to as traditions, each with its own organisational structure and level of centralisation.

Due to its decentralized nature, there is some disagreement over what actually constitutes Wicca. Some traditions, collectively referred to as British Traditional Wicca, strictly follow the initiatory lineage of Gardner and consider the term Wicca to apply only to similar traditions, but not to newer, eclectic traditions.

Wicca is typically duotheistic, worshipping and/or working with a Goddess and a God. These are traditionally viewed as the Triple Goddess and the Horned God, respectively. These deities may be regarded in a henotheistic way, as having many different divine aspects which can in turn be identified with many diverse pagan deities from different historical pantheons. For this reason, they are sometimes referred to as the "Great Goddess" and the "Great Horned God", with the adjective "great" connoting a deity that contains many other deities within their own nature. Some Wiccans refer to the goddess deity as the "Lady" and the god deity as the "Lord"; in this context, when "lord" and "lady" are used as adjectives, it is another way of referring to them as a divine figure. These two deities are sometimes viewed as facets of a greater pantheistic divinity, which is regarded as an impersonal force or process rather than a personal deity. While duotheism or bitheism is traditional in Wicca, broader Wiccan beliefs range from polytheism to pantheism or monism, even to Goddess monotheism.

Wiccan celebrations encompass both the cycles of the Moon, known as Esbats and commonly associated with the Goddess (female deity), and the cycles of the Sun, seasonally based festivals known as Sabbats and commonly associated with the Horned God (male deity). An unattributed statement known as the Wiccan Rede is a popular expression of Wiccan morality, although it is not universally accepted by Wiccans. Wicca often involves the ritual practice of magic, though it is not always necessary.