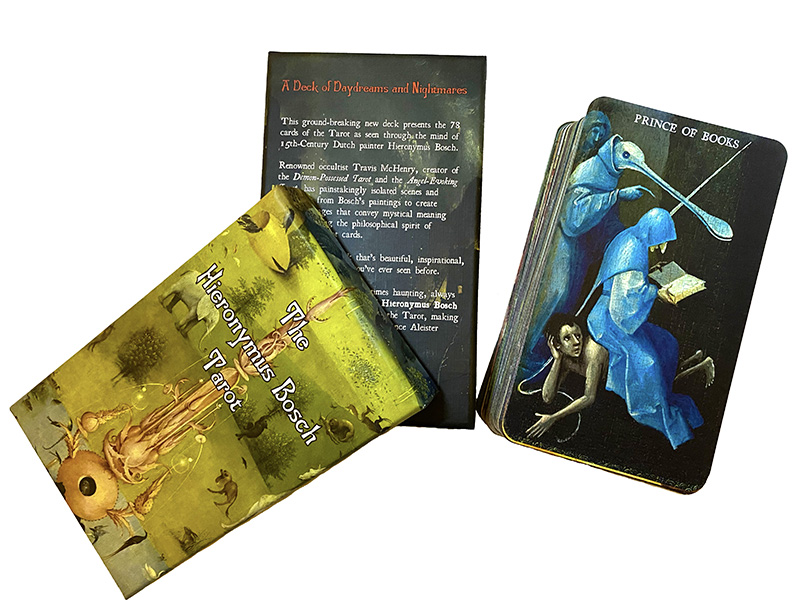 The Hieronymus Bosch Tarot is a 78 card Tarot deck created by occultist and author Travis McHenry. It consists entirely of original artwork by the Flemish painter Hieronymus Bosch.

This deck was conceived on the premise that had Hieronymus Bosch been commissioned to create a Tarot deck by a European noble family in the 1500s, the deck would have looked very similar to this one. Bosch actually lived and worked during the same time period as the development of early Italian Tarot decks, and many of his paintings use the same archetypes as those decks as well as the Tarot decks that came later. For example, the Conjurer and the Wayfayrer cards share artwork that is nearly identical to the Rider-Waite Tarot's Magician and Fool cards.

The author spent several months isolating and manipulating the necessary images in such a way that their scenes could be singled out for inclusion on specific cards. Often, many images were pulled from a single work of art. 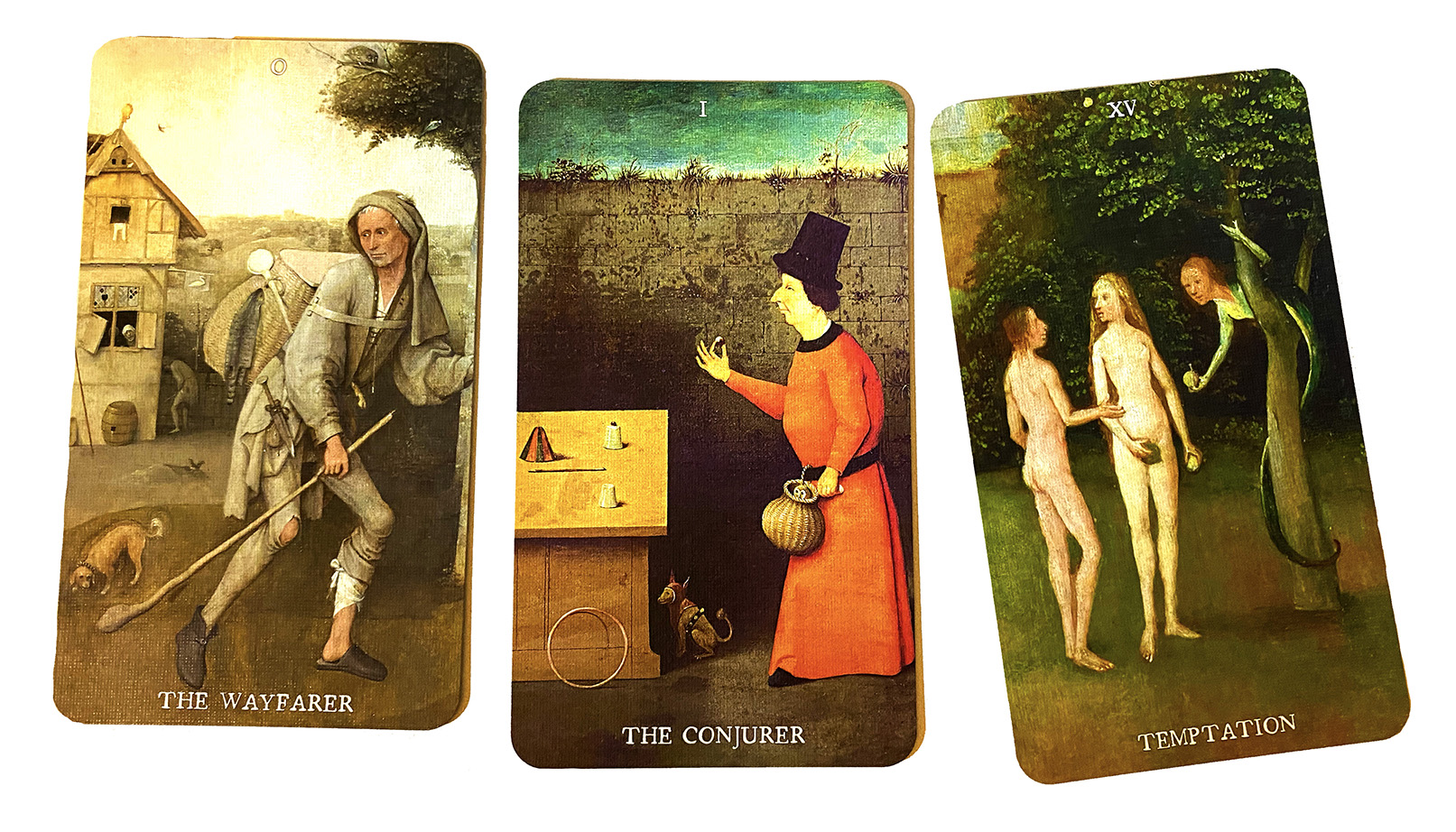 Three cards from the Major Arcana of the Hieronymus Bosch Tarot.

The Major Arcana of this deck follows the same basic meanings of previous Tarot decks, and many comparisons can be made between it and the Rider-Waite Tarot, however some of the names of the cards have been changed as well as the artwork. 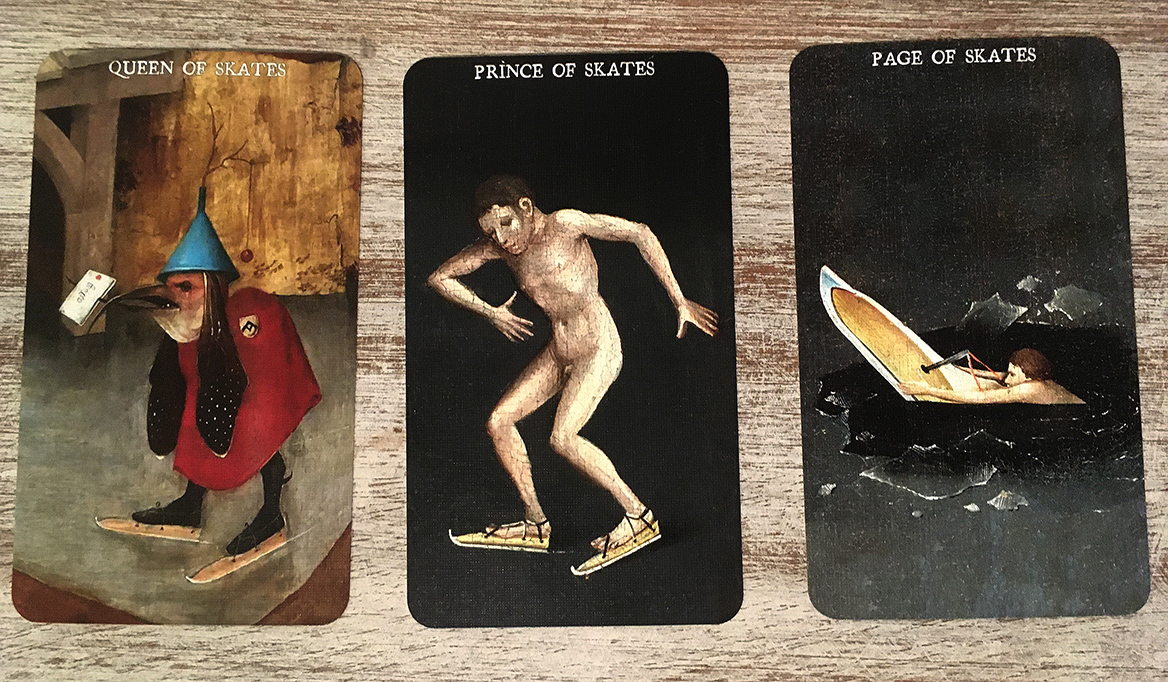 The Minor Arcana of this deck is radically different from any previous Tarot deck, yet it still shares many of the themes and imagery found in previous decks. It is divided into eight suits of seven cards each. The new suits were derived from symbols that recur throughout Bosch's paintings.

Because each suit contains only seven cards (a number determined by Bosch's Seven Deadly Sins painting), all the cards in the Minor Arcana are Court Cards.

The deck was first published in November 2020 by Bloodstone Studios. It launched as part of a successful Kickstarter campaign that raised over $130,000. The cards featured borderless full artwork with only small titles at the top and/or bottom.

On 9 November 2021, author Travis McHenry announced that he had signed a deal with Australian mind-body-spirit publisher Rockpool Publishing to reprint a mass market edition of the deck. The deck is slated for release in all international markets in December 2022.