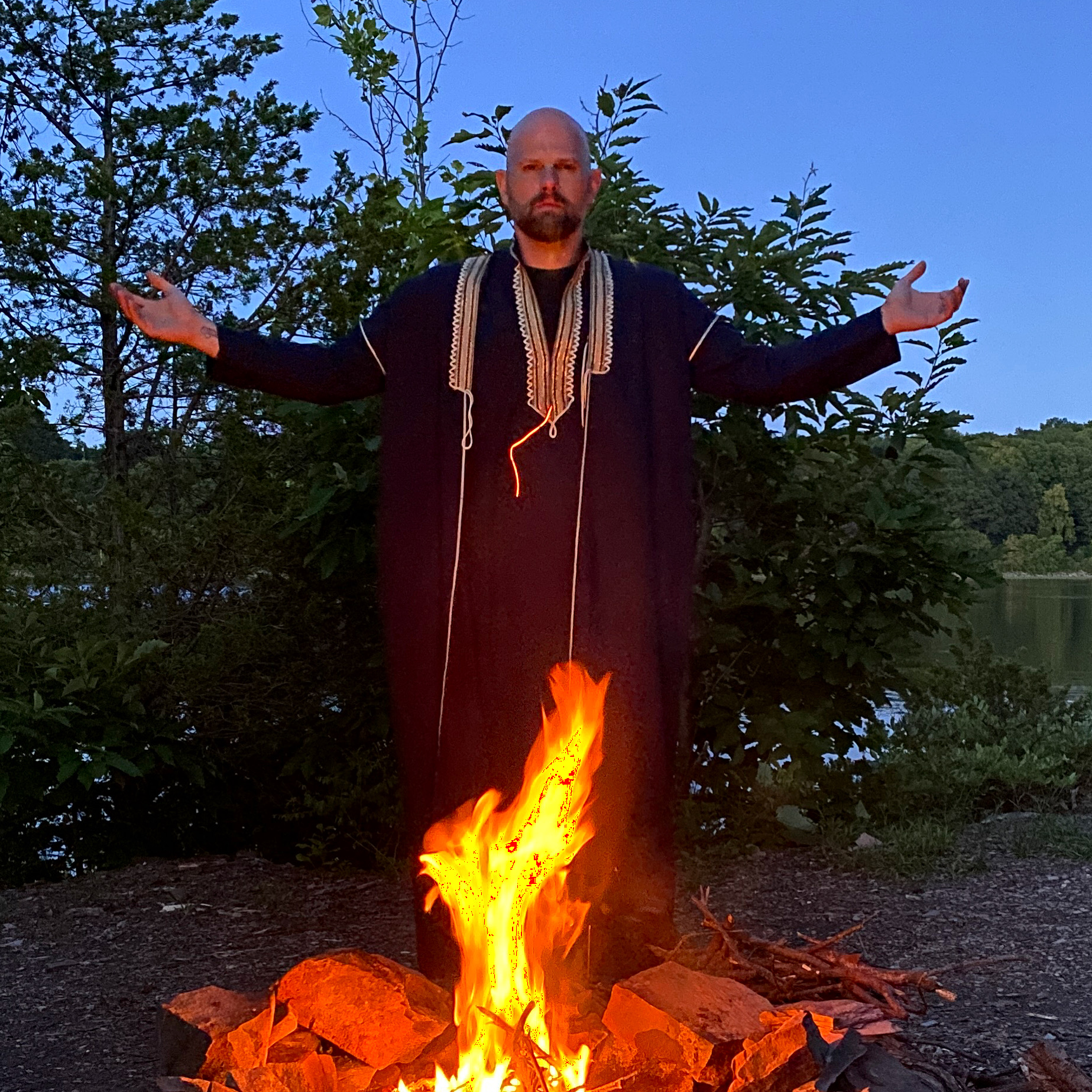 Travis McHenry practicing a ritual of Anubis on Esopus Island.

Travis McHenry is one of the foremost occultists of the modern era. His Tarot decks and grimoires have generated over $3 million dollars since 2018.

Travis Daniel McHenry was born 4 June 1980 in rural Benton, Pennsylvania, a town with a population of less than 1,000 people where the McHenry family has lived for over two hundred years; having first settled in the Fishing Creek Valley in the late 1700s on a 1,000+ acre tract of land deeded to Daniel McHenry by John Penn, the son of William Penn, the founder of Pennsylvania.

Travis was an unexceptional student in elementary school, being consistently reprimanded on report cards for having too much energy and being a distraction to others. In high school, he showed an aptitude for history, English, and acting, but repeatedly failed math classes and was reputedly the leader of a shadowy gang known as The Moonshine Crooks.

He was accepted into the undergraduate theater program at Bloomsburg University during his first semester as a high school senior and would leave high school early to attend university classes in the evenings. He eventually dual majored in Theater and Anthropology.

After college, Travis pursued a career in the United States Navy where he served for eight years as an Intelligence Specialist with a Top Secret/SCI security clearance on the USS Kearsarge (LHD-3) and as an instructor at the Navy and Marine Corps Intelligence Training Center in Virginia Beach, Virginia. His primary specialties were Anti-Terrorism/Force Protection (ATFP) and foreign country military capabilities.

Involvement with the occult

In 1993, Travis obtained his first Tarot deck, a version of the Rider-Waite Tarot published by a Chinese company. He began a lifelong study of the Tarot which culminated in 2013 when he began to explore old books to learn the origins of the cards. Through this process, Travis learned the art of cartomancy.

In 2017, he created his first Tarot deck, The Demon-Possessed Tarot and later launched the deck on Kickstarter to incredible success. This success inspired Travis to found his own publishing company, Bloodstone Studios, to create Tarot decks and limited edition books. Since 2018, he has published more than a dozen decks and books.