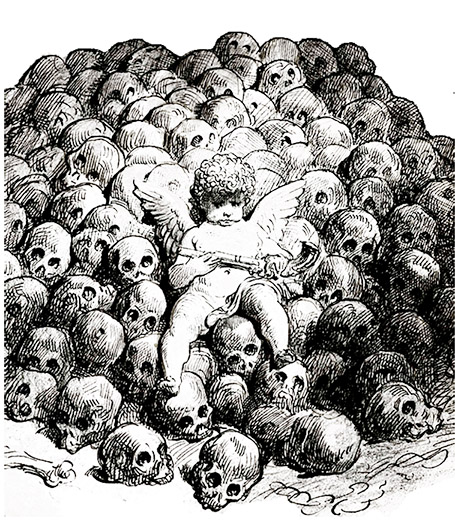 Lucifer as depicted in the Occult Tarot

Lucifer is one of various figures in folklore associated with the planet Venus, the brightest object in the night sky. Originally stemming from a son of the personified dawn, the goddess Aurora, in Roman mythology, the entity's name was subsequently absorbed into Christianity as a name for the devil. Modern scholarship generally translates the term in the relevant Bible passage where the Ancient Greek figure's name was historically used (Isaiah 14:12) as "morning star" or "shining one" rather than as a proper noun, Lucifer.

As a name for the Devil in Christian theology, the more common meaning in English, "Lucifer" is the rendering of the Hebrew word הֵילֵל‎ (transliteration: hêylêl; pronunciation: hay-lale) in Isaiah given in the King James Version of the Bible. The translators of this version took the word from the Latin Vulgate, which translated הֵילֵל by the Latin word lucifer (uncapitalized), meaning "the morning star, the planet Venus", or, as an adjective, "light-bringing".

As a name for the planet in its morning aspect, "Lucifer" (Light-Bringer) is a proper noun and is capitalized in English. In Greco-Roman civilization, it was often personified and considered a god and in some versions considered a son of Aurora (the Dawn). A similar name used by the Roman poet Catullus for the planet in its evening aspect is "Noctifer" (Night-Bringer).