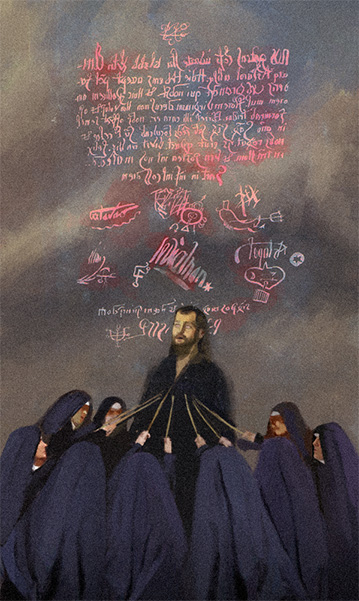 Urbain Grandier depicted as the Nine of Wands in the Magicians, Martyrs, and Madmen Tarot

Urbain Grandier (late 1500s - 1634) was a French Catholic priest who was burned at the stake after being convicted of witchcraft, following the events of the "Loudun Possessions."

Urbain Grandier born in the late 1500s, in northwestern France, became a Catholic priest in the Order of the Jesuits. In 1617, as a result of his popularity as a preacher, and the influence of his uncle, who was also a priest, Grandier was appointed as canon of two large churches in the commune of Loudun. These posts brought him significant income, thereby causing friction with the local church officials.

In 1630, Grandier was arrested on charges of adultery, for sleeping with married women of his parish. At his trial, which began on June 2nd, multiple witnesses, including two of his fellow priests, gave damning testimony against him. They said they had caught Grandier on many occasions lying on the ground with women and girls. At odd hours of the day and night, women and girls visited his private chamber, and he always seemed to have a parade of women coming and going from the church.

His family and friends rallied around him and convinced the witnesses to withdraw their statements. Grandier was acquitted of his crimes by the Archbishop of Bordeaux.

In 1632, the nuns of the convent of Loudun began to suffer an extraordinary sickness, the symptoms of which, were like a sexually transmitted disease. This sickness spread through the convent until seventeen nuns had been afflicted. Doctors were brought in to examine them, but could not determine the cause. Their behavior became increasingly erratic, and rumors began to circulate that they were possessed by demons.

On the 11th of October, the church employed an exorcist to drive the unholy spirits out of the girls. The process caused them convulsions, but the exorcist was able to communicate with the demon that was possessing the girls. He gave his name as Asmoday, saying he had possessed the nun as a result of hatred, and was employed at the behest of a magician named Urbain Grandier. When questioned about this accusation, Grandier argued with the justices in a state of glee. He enjoyed throwing their accusations back at them and again emerged victorious in court.

This second acquittal drove the entire commune into a frenzy, with Grandier's supporters and detractors ready to engage in open revolt. When a representative from the Crown of France arrived in Loudun, he reported back to the King that the entire situation had been caused by the heinous deeds of a single man. King Louis XIII gave an order to have Grandier arrested as well as any of his supporters who dared to interfere with the royal representative, who was appointed Commissioner with broad powers to investigate the matter at hand. 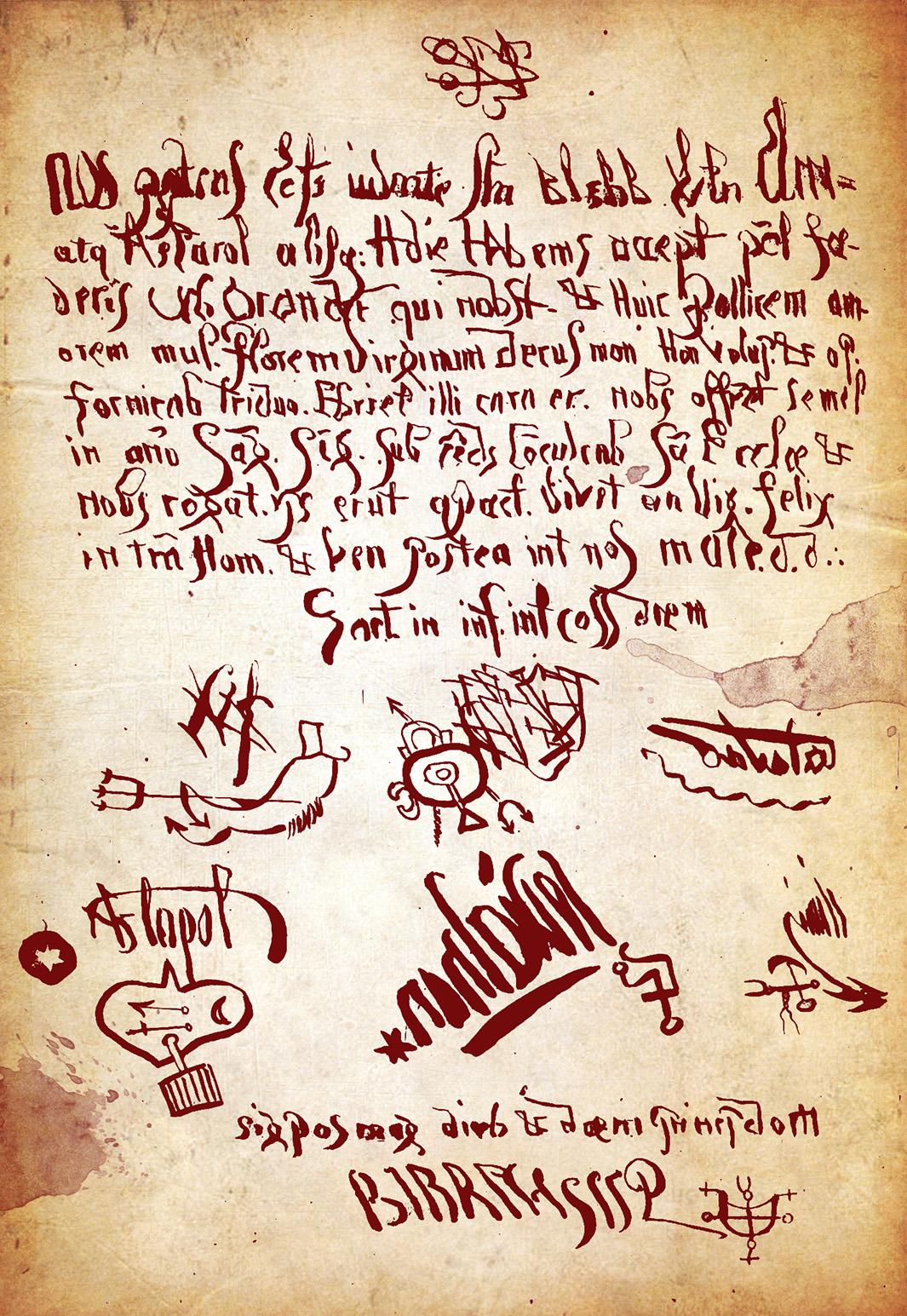 To provide evidence of Grandier's diabolical deeds, a book of manuscripts and papers showing pacts with various demons were produced for the court's scrutiny. These were shown to be written in Grandier's own handwriting. The pacts contained the infernal signatures of Satan, Lucifer, Beelzebub, Leviathan, Elimi, and Astaroth. Strangely, this pact was written backwards in Latin, but was found to be in Grandier's own handwriting and signed in blood.

The priests also performed exorcisms of the nuns for the justices of the court, who questioned the demons as they were tormented by the exorcist.

The court trial continued for nearly two years, until finally, on the 18th of August, 1634, Urbain Grandier was convicted of “magic, maleficence, and possession.” The justices condemned him to be burned alive in the public square, along with all the magical manuscripts and papers that were in his possession. At hearing this sentence, Grandier begged the Commissioner to lessen the sentence, and was told that it would be done as soon as he named his accomplices in witchcraft. Grandier replied that he had none.

Urbain Grandier's death failed to alleviate the possession of the nuns. The exorcists continued their work for another two years, until in 1636, the last demon was finally driven out of the Mother Superior. Although his diabolical papers were supposed to have been burnt with him, it appears they were instead remanded to the care of the Diocese of Poitiers, and remain in the archives to this day.