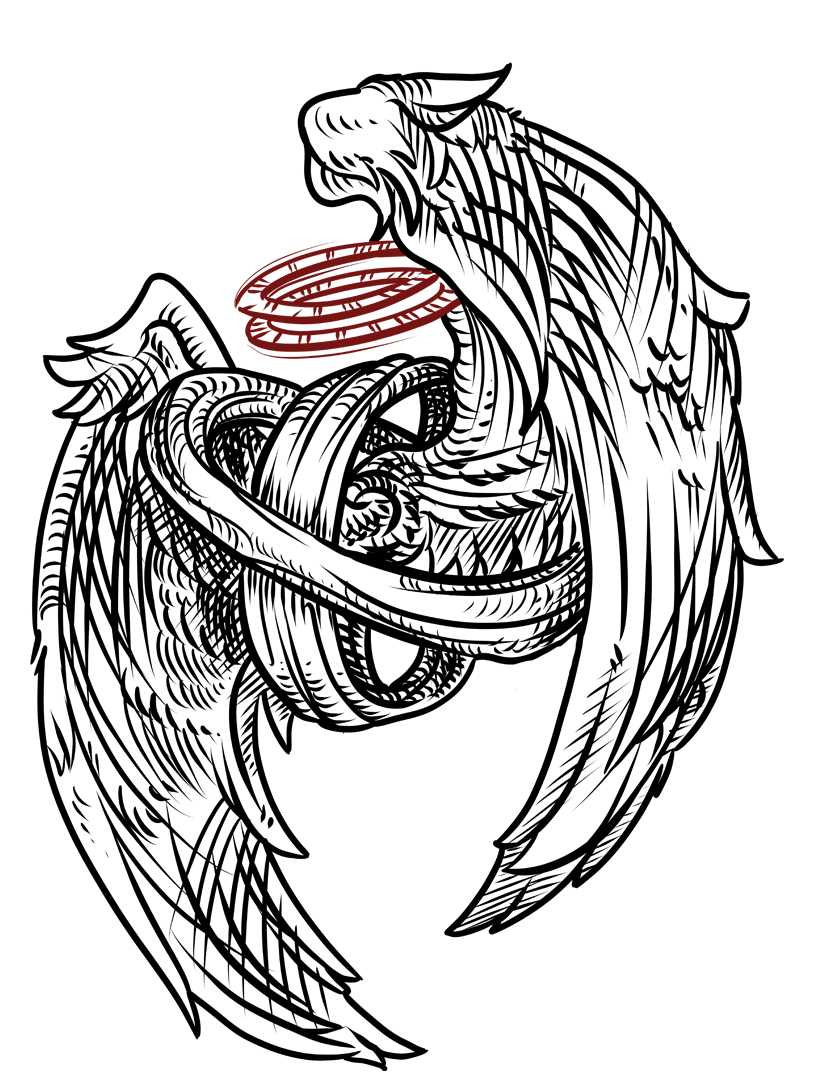 The Kabbalistic angel Pahaliah, a member of the choir of thrones, as depicted in the Angel Tarot

Thrones (Ancient Greek: θρόνος, pl. θρόνοι; Latin: thronus, pl. throni) are a class of angels in the hierarchy of angels. Pseudo-Dionysius the Areopagite lists the thrones as the third highest of 9 levels of angels.

The angels of the thrones choir are generally described as great wheel, covered in eyes, that deliver Divine justice and hold up God, remaining forever in his presence.

Angels as thrones were first described in the Bible in Daniel 7:9: "I beheld till the thrones were cast down, and the Ancient of days did sit, whose garment was white as snow, and the hair of his head like the pure wool: his throne was like the fiery flame, and his wheels as burning fire."

According to Matthew Bunson, the corresponding order of angels in Judaism is called the abalim or arelim/erelim, but this opinion is far from unrivaled. The Hebrew word erelim is usually not translated "thrones", but rather "valiant ones", "heroes", or "warriors". The function ascribed to erelim in Isaiah 33:7 and in Jewish folklore is not consistent with the lore surrounding the thrones.

Thrones are sometimes equated with ophanim since the throne of God is usually depicted as being moved by wheels, as in the vision of Daniel 7:9 (Old Testament). Rosemary Ellen Guiley (1996: p. 37) states that:

The 'thrones'; also known as 'ophanim' (offanim) and 'galgallin', are creatures that function as the actual chariots of God driven by the cherubs. They are characterized by peace and submission; God rests upon them. Thrones are depicted as great wheels containing many eyes, and reside in the area of the cosmos where material form begins to take shape. They chant glorias to God and remain forever in his presence. They mete out divine justice and maintain the cosmic harmony of all universal laws.

Members of the choir

Nine of the 72 Kabbalistic angels belong to the choir of thrones.

Additionally, some of the Goetic demons were members of the choir of thrones prior to becoming demons.